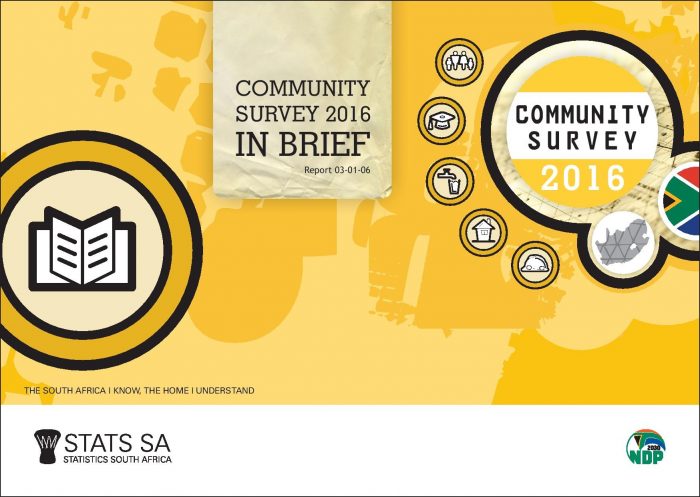 The Story of Lerato 5 Years Later

The Community Survey 2016 is a large-scale survey that happens in between Censuses. The main objective is to provide population and household statistics at municipal level to government and the private sector, to support planning and decision-making. The last Community Survey was conducted in 2016. Stats SA visited approximately 1,3 million sampled households across the country. Unlike a census, not every household was visited; only those that were sampled. This is the biggest exercise that Stats SA undertakes outside of the census. Approximately 12 000 contract field staff were appointed over a six-week period to visit homes and collect data.The results of the Community Survey 2016 were handed over to Minister Jeff Radebe on 30 June 2016. The results are available in various formats.

Deputy Minister interview with the ANN7 ON CS 2016